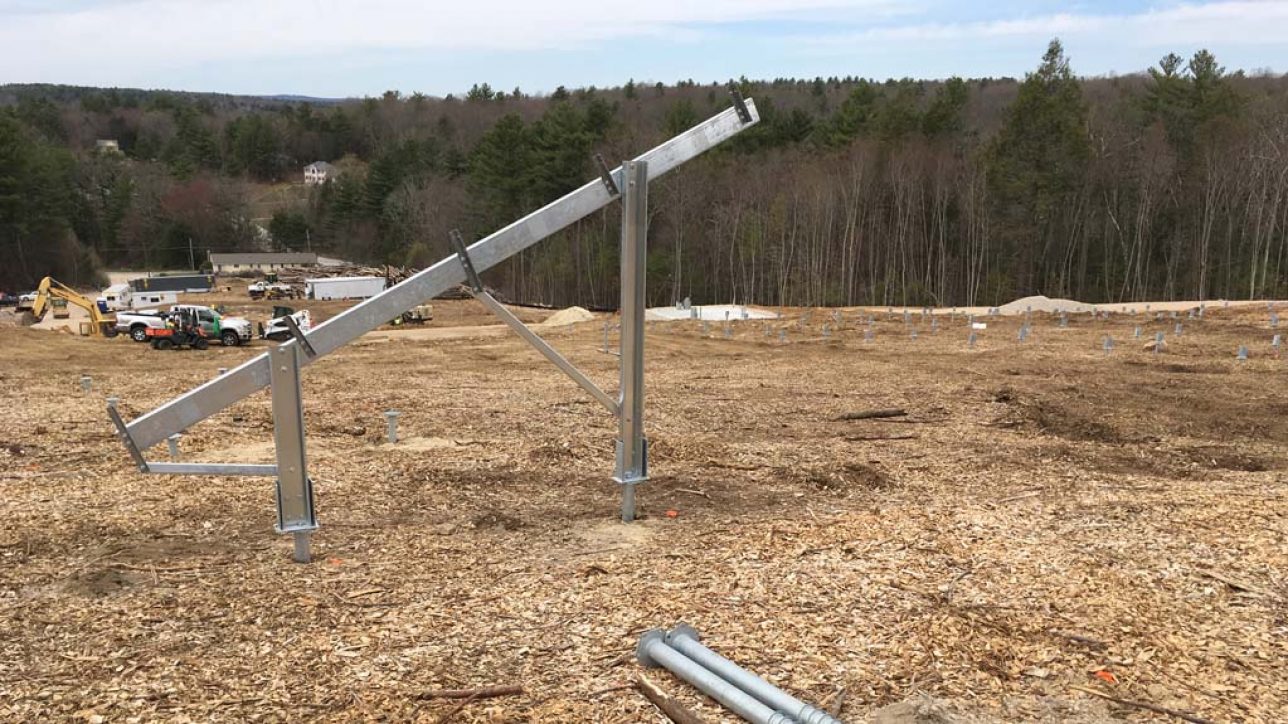 The solar photovoltaic energy industry has burgeoned in Ontario ever since the provincial government introduced a feed-in-tariff Program two years ago. Under this program the Ontario Power Authority currently guarantees a fixed price for a 20…

The solar photovoltaic energy industry has burgeoned in Ontario ever since the provincial government introduced a feed-in-tariff Program two years ago. Under this program the Ontario Power Authority currently guarantees a fixed price for a 20 year contract. The rates for every kWh generated are from $0.44 for ground utility-scale PV farms all the way up to $.80 for residential roof top installations.

In 2009 Ontario had 46 MW installed, in 2010 it had 169 MW installed, and this year the projected approved capacity is 455 MW. Most of the Ontario solar PV projects are still in the planning stages, but according to a report by the U.S. Interstate Renewable Energy Council, by 2009 Ontario was already the third largest market for solar PV installations in North America, ranking only behind New Jersey and California.

The province’s FIT and MicroFIT programs have drawn scores of manufacturers, installers, developers and other entrepreneurs anxious to capitalize on the perceived revenues into the solar business. Developments under way range from rooftop units on single family homes (and aggregations thereof), to commercial scale solar farms.

Hatch has been involved in the solar industry for about 10 years and has a relatively large dedicated team within its renewable energy division. Rob Lydan is former Director of Solar worldwide with Hatch, based in the Mississauga office.

The design of the systems themselves is not complicated, says Lydan. “Building a solar farm is like assembling an automobile. It’s a matter of logistics, geotechnical, electrical and civil engineering details. It’s not rocket science.” For that reason many of the companies doing the design offer turnkey projects and use their in-house designers.

“The problem is that if you make an error, then the error is repeated 40,000 times.”

He suggests that this is where the leverage for consulting engineers lies.

Where Hatch comes into the picture is in providing reassurance to the site developers and financiers. “For us in the consulting engineering field, it’s not so much about detailed design because they can go to a Tier 2 shop to get that done. But from an uncertainty standpoint, when it comes to dealing between the developers, the lenders, the stakeholder, this is primarily the business that we are occupied in.”

Lydan describes their four main fields of solar activity: First is in guiding a proposal through the environmental approval process, which can take up to two years. Hatch has around 70% of the solar REA approvals work in Ontario (and is also currently involved in similar work for several 50+ MW solar farms in South Africa).

Second is doing due diligence for the developers and financers: “That’s a big body of work,” Lydan explains. These clients are typically large international banks, and insurance companies.

Third, says Lydan, they do base engineering from a pre-feasibility and feasibility standpoint for the project developers and proponents This stage of work might involve energy production modelling.

Lastly the consultants might be involved in connecting the solar farm to the main electricity grid, work that involves “interconnections and negotiations with utilities, system design for substations, and interconnections and tap lines,” says Lydan.

Ontario’s goal is to see 2,700 MW installed by 2014 according to its draft Long Term Energy Plan released late last year. And if you think that is ambitious – consider that cloudy Germany already had 6000 MW of solar PV power installed in 2010.

A typical 10-MW solar farm, will have between 40,000-45,000 panels. One of Canada’s first operating utility scale solar farms developed under the predecessor of the FIT program the RESOP program was First Light Solar Park in Nepanee, Ontario, a 10.5-MW development by Skypower and Sun Edison.